It might be hard to believe, but the state of your gut affects every aspect of your health. From weight loss and immunity, to your mood and the appearance of your skin, a healthy gut has an undeniable impact on your overall quality of life. We spend millions of dollars every year on supplements, special juices and diets, but are those always our best options?

The following Q & A information may answer some common questions related to your gut health.

1) If someone thinks they have a gluten intolerance, what foods should they avoid?

We’re definitely seeing more gluten intolerance and allergies than ever before. One reason is that the amount of gluten in wheat products nowadays is substantially higher than it was from just 30 years ago. And our bodies aren’t used to it.

First it’s important to know the difference between gluten intolerance vs. a gluten allergy. They often present similarly with symptoms like: bloating, a change in bowel habits (such as diarrhea and even constipation). But most people aren’t allergic to gluten. They’re intolerant to it.

A blood test known as a Celiac panel, is a very sensitive way to help confirm if you have a true allergy. This test is ideally performed while a patient is still consuming some gluten in their diet. The allergic reaction is your body’s immune response to the protein in wheat products called gluten. Your body senses this protein as something foreign. That inflammation affects the small bowel (where most nutrients are absorbed) and can ultimately lead to malnutrition, osteoporosis and even depression.

In addition to malnutrition, chronic inflammation from an active gluten allergy can increase your risk for some cancers like lymphoma and small bowel cancers. This risk, however, is greatly lessened if the inflammatory process is controlled.

2) Should everyone take a probiotic? For how long?

Taking a probiotic isn’t necessary for everyone. Our bodies need good bacteria (the normal flora) to help finish digestion and reduce inflammation. You actually have more gut bacteria than you have cells in the entire human body. But when the “good bacteria” or normal flora are altered when you take antibiotics, for instance, then we recommend taking a probiotic. There are a lot of exciting studies detailing the benefits and situations for when a probiotic would be beneficial. But for most people, I recommend probiotics:

Probiotics do not need to be used chronically as these are live culture bacteria that should be able to reproduce themselves once established. A typical course of probiotics ranges from 4-6 weeks.

3)What’s the best kind of diet if you suffer from irritable bowel syndrome (IBS)?

IBS is an extremely common condition striking up to 15% of the U.S. population, however many people go undiagnosed.

Classic symptoms of IBS center around a change in bowel habits that may be associated with bloating, pain, constipation and/or diarrhea.

Symptoms of IBS can often overlap with other serious diseases like inflammatory bowel disease (Crohn’s disease and ulcerative colitis), gluten allergy and even malignancies. It is important to rule those out other diseases that may present with IBS symptoms and this includes endoscopic procedures, imaging and thorough patient history and physical exam.

One dietary plan for IBS that has been quite beneficial has been a low FODMAP diet. This dietary plan reduces the intake of foods that contain fermentable sugars. This, in turn, reduces the amount of gas and inflammation that is generated in the gut through the digestive process.

Try and reduce the intake of these following items if you have IBS symptoms:

4) Does lemon or apple cider vinegar help with digestion?

This is a tricky one but lemons and apple cider vinegar are acids. And while acids help break down foods (especially proteins), it is important to remember that increasing acid intake does not help with all “abdominal complaints.” In fact, it can worsen some common symptoms and conditions like ulcer disease, tooth decay, gastritis and esophagitis (inflammation of the stomach and esophagus).

It is not recommended to ingest increased amounts of lemons and apple cider vinegar on a regular basis although it generally is thought to be safe to try.

5)What about the Paleo diet?

The Paleo diet is a popular diet that has gained a lot of attention recently. The Paleo diet is a low carb diet and touts foods high in animal proteins along with the avoidance of grains and dairy. While some components of the Paleo diet do help reduce caloric-dense foods such as dairy/processed flours, it does include relatively high amounts of animal fats. A healthier option would be eating proteins that are plant based or centered around fish and chicken, rather than red meats (higher fat meats). It is important to also increase dark, green leafy vegetables into the diet daily and to have portion control of your meals. Humans are meant to be frequent grazers and that means ideally consuming small, frequent meals throughout the day. This helps keep our metabolism up and helps regulate our gut hormones such as insulin.

Balancing the size of meals, caloric intake (counting your calories) and the nutritional content of foods are the cornerstones behind a healthy diet that promotes feeling great and living longer. 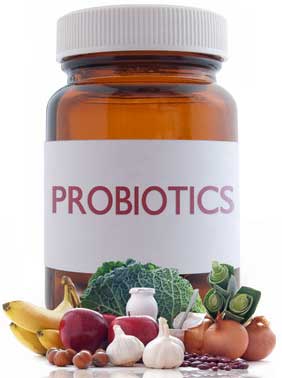 “The entire staff was pleasant, professional and efficient. I was so nervous and everyone, from the check-in staff to nurses and techs to the anesthesiologist and finally Dr Reddy simply made the whole experience so comfortable. Highly recommend these fine folks.”